Be the voice of Celiac Awareness in your circle. Help by making an effort to understand, comfort and respect all allergy sufferers, but be an expert on Celiac Disease. Whether it is your family, friends, work colleagues, neighbors, or anyone else in your life, you cannot simply ignore the disease and hope that others will subliminally pick up on what ails you. And while there are literally thousands of blogs and informative articles on Celiac Disease, they are often overlooked by people outside of the gluten-free community. How do we help people outside of the community to understand the disease to the point where they fully grasp the damaging autoimmune reaction experienced by consuming gluten? 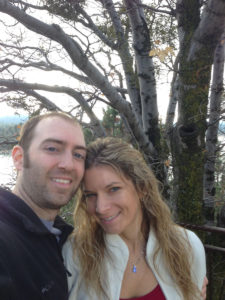 One of the largest hurdles in this quest is there are many people who don’t even know what gluten is. Maybe they understand that some people cannot have it, but they don’t know that it’s a plant protein that triggers a devastating autoimmune response. It attacks the small intestine, reducing its ability to absorb nutrients in food. Without knowing it, most Celiac sufferers are so malnourished by the time they are diagnosed that the climb back to normal levels can take years. Since the small intestine is the main entry ramp for nutrients in the body, the only way back is to ‘heal the gut’ – a common phrase spoken in the community. We need to have our explanation of Celiac Disease ready and waiting for whomever requests it. Concise and straight-to-the-point, it should read something like:

Celiac Disease damages the small intestine and causes malnutrition which leads to just about anything you could imagine. We have over 22 feet of small intestine and it damages all of it. One of the biggest problems is that it’s caused by wheat, rye and barley. That stuff is everywhere.

First, tell them what it is. Then throw in a fact that wasn’t obvious and you’ve got their attention. Follow it up with a statement that clarifies what causes it and they hear 22 feet of small intestine, wheat is the problem. Leave out phrases like autoimmune disease and intestinal villi. These are important aspects, but may confuse the newbie.

There is another group of people out there that think gluten free is a fad that will fade like pet rocks and mohawks. This is the most damaging of the bunch, because they are quick to dismiss gluten free options as foul tasting or beneath their dignity. They may assimilate gluten free with other options like sugar free or vegan. This is damaging because sugar free, vegan, vegetarian, paleo, etc., are all diets of choice, not dietary limitations brought on by disease. Celiac Disease is as serious as diabetes, and should never be grouped with fad diets. We need a response to this group, and it may read something like:

Celiac Disease is no joke. I know people who went to 20 different doctors before they were diagnosed, all while getting worse and worse. I’m glad they have options to eat now and don’t have to starve to survive.

Support Testing All Children for Celiac 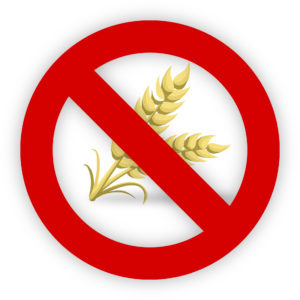 Before I had ever heard of Celiac Disease, I probably would not have considered it as harmful as it is, because I was never introduced to it in mainstream media. If there was an article written about it in a health section of the newspaper, it never caught my eye. I never heard of anyone dying of it, which would definitely put it on my radar. It truly is an invisible disease, and without advocating for testing children at a young age, there really is no way to eradicate its long-term effect in adults. I support testing children prior to entering public education for all allergies, including gluten. We must advocate testing children for all allergies as they enter kindergarten. We can do this by approaching teachers and school administrators with a message:

Celiac Disease is invisible. Many of your students may already have it and not know it. Most importantly, it can affect learning, resulting in poor focus, and ultimately poor grades. We must protect the future of all of our students and give them the opportunity to be tested for Celiac Disease.

The best way to convince schools that it is important to test children for Celiac Disease is to put the focus on attention and retention. When behavior is affected, all students are affected. This trickles down to grades and attendance, key components of school funding.

Educating people comes first. To be the voice of Celiac awareness, we have to keep talking Celiac Disease, the importance of gluten free options and careful preparation methods. We have to be louder than the haters and critics, making sure that only our voice is heard. But the best way to raise awareness of Celiac Disease is to involve the children. If we work with legislators to pass laws requiring parents and schools to test children for all allergies, including Celiac Disease, we put the disease on the proverbial map.