There are dozens of symptoms of Celiac Disease, some are more prevalent than others, and some are more difficult to deal with than others. Over the last several years, Julie has experienced many symptoms including trembling stomach cramps, constant fatigue, irritability, severe headaches, skin changes, debilitating joint pain, bone loss and broken bones. By the time we finally got her Celiac diagnosis, her nutrient levels were through the floor. Her first broken bone was in her foot, which she wasn’t overly concerned about. The second was a stress fracture in her leg, which could have been from anything, but she attributed to weight loss and physical training before our wedding. The third broken bone was more serious, so we started looking for answers. 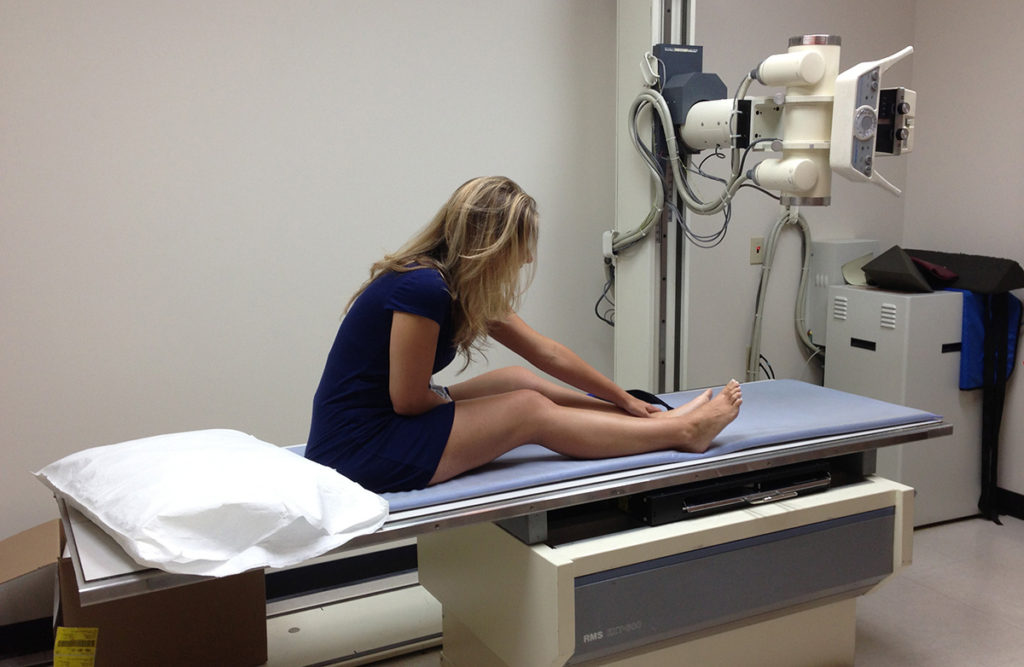 Julie waiting on an x-ray after breaking her leg.

At first, we wondered if it was her thyroid medication. We found a possible connection, but we also skeptical because she had a history of foot problems and being accident prone in general. We also looked into a connection between broken bones and radioactive iodine, which she had taken after being diagnosed with Graves disease. We modified our diets, stopped ordering takeout, dining out and eating too much sugar. Her bones eventually healed, but we cut back significantly on our physical activity as her symptoms got worse.

From there, it would be two years before her Celiac diagnosis. Her stomach cramps worsened, she was beyond tired all the time, and she began experiencing painful headaches that kept her up at night. She complained of constant pain in her feet and legs, to the point of having to rest after a half an hour of walking. While we thought we were eating healthy, we were actually consuming large quantities of gluten and further contributing to her problems.

After being diagnosed with Celiac Disease, we began researching what it was and how it related to Julie’s symptoms. Admittedly, we were surprised by the diagnosis, since we had no idea that everyday food could have caused such severe symptoms. Within a few months, we had been to more doctors and had more testing done to find out the extent of the damage Celiac Disease had caused. Her stomach lining was heavily damaged, which caused a decrease in the absorption of calcium and vitamin D, among other vitamins. This in turn caused her bones to weaken and triggered debilitating joint pain.

Transitioning to a gluten free diet was not always as simple as asking for a gluten free option while dining out – it required extensive explanation as to what gluten was and how food would need to be prepared. Not every restaurant would get it right either. A few months after her diagnosis, Julie got some pretty bad food poisoning, and while running to the bathroom slipped and landed very hard on her heel. She ended up breaking her heel bone and spending another four months in a cast while her foot slowly healed. It has been a battle with bone density ever since. 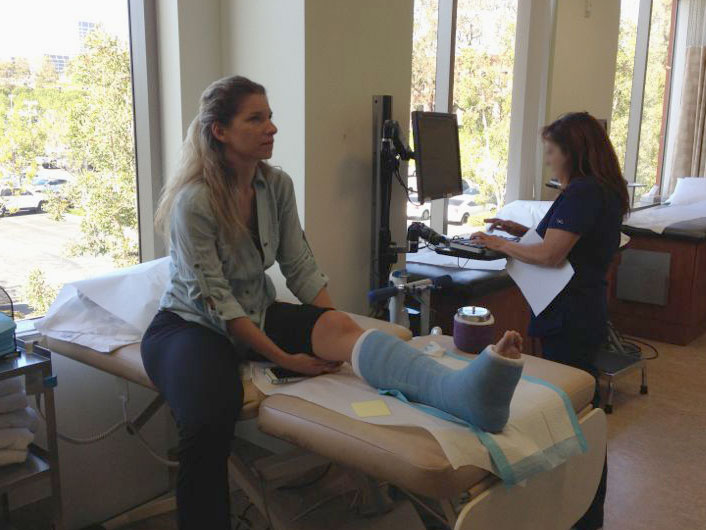 Julie was not happy to learn she broke her ankle again.

We are now three years out from her Celiac diagnosis. She’s had so many broken bones over the years that her pain tolerance is unimaginable. She’s gone to doctors who are surprised she can even bear weight with the long list of problems in each foot. Many have recommended surgery, either to try cleaning out the debris or to fuse the joints together. Even the simplest surgeries come with months of healing time. Some say that she’ll never fully recover to be active at the level she was as a teenager or young adult. Lately, she has been more open to surgery to fix her feet than she was in the past, but still concerned that it could cause more harm than good.