Life before being diagnosed with Celiac Disease is vastly different than life afterward. Beforehand, you are more carefree and willing to take risks. Vacations are easy to plan, spontaneity is second-nature, and the prospect of exploring the world is just a car ride or plane ticket away. After Celiac diagnosis, you realize that there are many more things in the world that can harm you than not. Curiosity turns to fear as you realize that very few truly understand the seriousness of Celiac Disease. Gluten free becomes a phrase that courses through your veins every time someone mocks it or dismisses it as a fad. It’s like being ridiculed for having an O negative blood type. 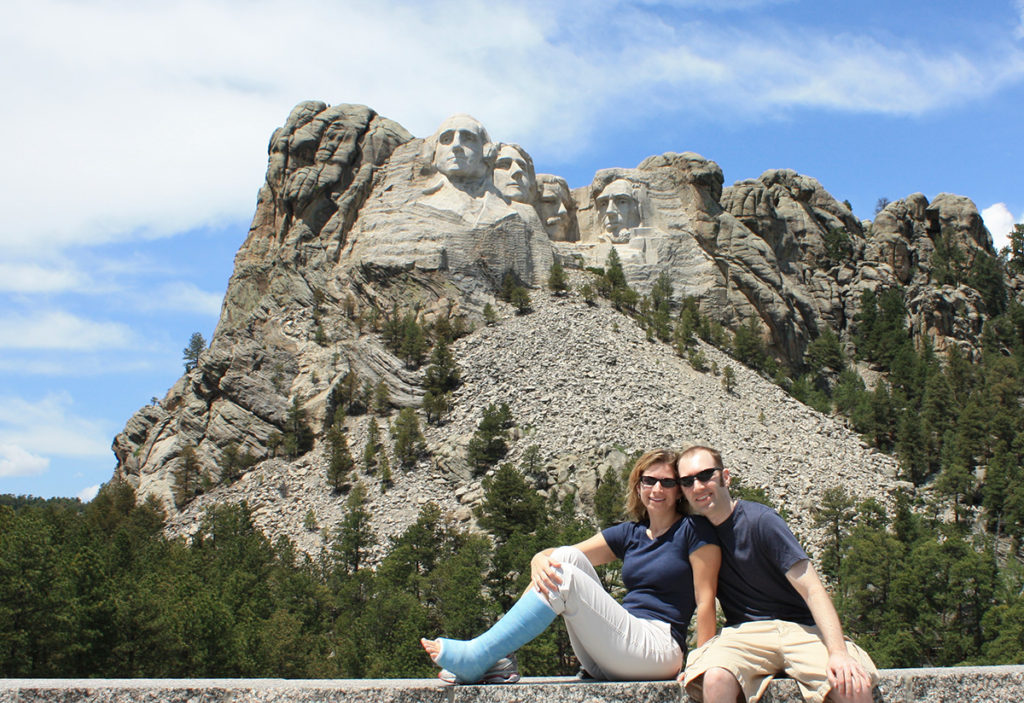 Julie hiked all the way up to Mt. Rushmore with a broken leg.

We’ve always considered ourselves an adventurous couple. Early on we would take day trips to different places, like malls or parks in the area. As we ran out of local places, we started taking long weekends to nearby cities, exploring national parks and monuments. Some of it was better planned than others, but for the most part we ate where we wanted, when we wanted, and what we wanted. We learned that after Celiac diagnosis, life changes. At first, we tried to live the same way. We went out on day trips, searching for places that offered ‘gluten free’ options. We did not fully understand cross-contamination or the hidden dangers of eating out.

It took a few months to figure out that gluten contamination can come from just about anywhere. It seems obvious now that a gluten free pizza cooked in the same oven as gluten-containing pizza could pick up gluten on the surface. Even a gluten free wrap or sandwich prepared on the same surface as gluten containing foods can become seriously cross-contaminated. It didn’t stop there. 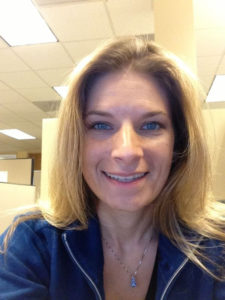 Julie had noticeable blotches on her skin before her diagnosis.

Gluten was in our soap, detergents, and other cleaning supplies. We didn’t realize this until after Julie continued to experience stomach pain, skin irritation, joint pain, and finally another broken bone. We thought that after Celiac diagnosis all we had to do was look for gluten free, but that alone is not enough.

As our research intensified, we learned that being truly gluten free is knowing exactly what you put in and on your body. One specialist in particular was very helpful in explaining the seriousness of her diagnosis, interpreting her levels and guiding us in the right direction. She explained that it will take at least 3-5 years for her stomach to heal, but it may never bounce back to the level of a someone who was never inflicted. She ran tests that uncovered dozens of food allergies brought on by her leaking gut, which were causing repeated auto-immune attacks. After cutting out all of the food allergies and truly eliminating gluten from her diet, we were finally able to cross the path to healing.

It has now almost been 3 years after Celiac Disease came into our lives. We hoped that Julie would heal faster than others, and we might possibly get ahead of the long recovery process. Unfortunately, it was just not meant to be. Not only did the learning curve prove difficult, but the repeated gluten exposure early on slowed her recovery. These challenges drove us to obtain a greater understanding of how we interacted with gluten and what steps we could take to be safe. We realize that there isn’t a way to completely eliminate gluten from our lives, but we now know how to protect her whenever there is a chance we might come across it.