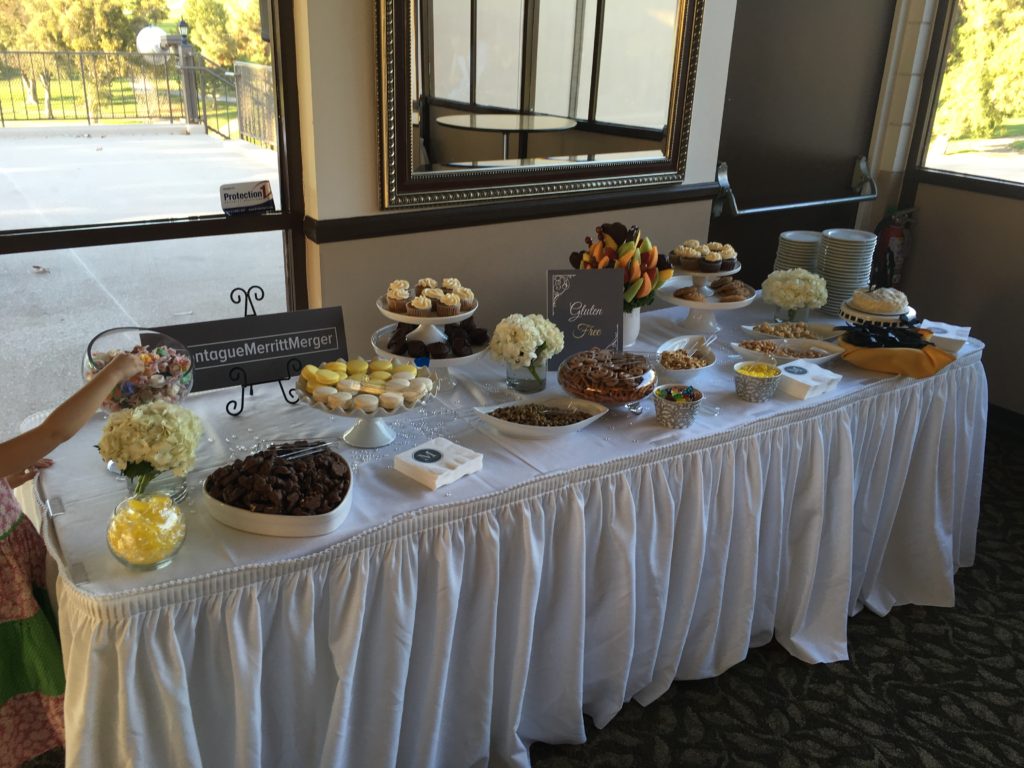 We had the pleasure of attending a Celiac friendly wedding over the weekend. This was the first of it’s kind we’ve ever seen. The assortment of treats was great for a wedding – chocolate covered pretzels, nuts, gluten free cookies and cupcakes. The best part about it was that the gluten free table was on the far side of the hall, kept far away from the alternative gluten-laced treats. On top of that, they also had place cards with a gluten free designation for the Celiac guests.

Although we have only been to a handful of weddings since Julie’s Celiac diagnosis, we have yet to come across a party that actually caters to Celiac sufferers. It helped that a number of people on the groom’s side have Celiac Disease, so that certainly encouraged the hosts to provide something they could eat. The caterers seemed to understand the disease and directed people to the appropriate table. The only thing I was concerned about was the potential for cross-contamination from people who do not understand the dangers of ‘accidentally’ touching gluten before touching the gluten free table. I did not see bread or other finger foods that might lead to such an event.

What I did see was small children putting their hands in the nut dishes, and grabbing handfuls of chocolate too. There were seemingly no parents around to make sure they did not contaminate the gluten free table, but I can’t blame the staff for that. Parents need to teach their children to respect the food tables and only approach them if they are accompanied by an adult. Fortunately, there were no guests with more serious allergies, like peanuts which could lead to a dangerous health situation. But from what I know of peanut allergy sufferers, they wouldn’t go anywhere near a table with nuts. In this case, it was better that we erred on the side of caution and avoided the table altogether. We later found out that a gluten cake was ‘accidentally’ placed on the gluten free table, right between the plates and the silverware! What a nightmare that ‘Celiac friendly wedding’ could have been!